Is Buying a Designer Handbag Worth it?

Whether you’re a luxury label lover or have been aiming to tick it off your bucket list for some time, you might be wondering if buying a designer handbag is really an investment worth making.

As someone who’s been going back and forth about purchasing one for years now, I know this dilemma all too well.

READ MORE: The Only Designer Bags You Need to Know About

While it may be a simple decision for many, it can be tricky for some (like me!) because there are so many things to consider before purchasing. The first, of course, is the financial capability to buy one.

Some save up for years to afford their dream bags or even take out finance to buy them, but is it really worth it? Would buying a piece of expensive jewellery make more financial sense?

Then there’s the decision about which bag you should buy. While I might love Prada’s brushed leather Cleo bag now, is a classic Chanel a better investment to make?

Frankly I find the whole thing so confusing, I’ve always opted out – but it turns out I might be missing a trick.

It might come as a surprise to discover that designer handbags are actually one of the most sound investments you can make – more so than other collectable assets such as jewellery, art and fine wine.

Amongst many reasons, this is because many designers increase their prices every year, which then drives the resale prices up – so you might be able to sell a designer bag for much more than you originally paid for it.

So which bags are the best investments and how much can you expect their value to increase by if you do splash out?

Here’s everything you need to know about buying a designer handbag – from which make the best purchases, to where to buy them.

Should I buy a designer hand bag?

If you want to make a good investment (while looking fabulous), a handbag might be the way to go.

Charlotte Staerck, CEO & Co-Founder of The Handbag Clinic, explains: “There has never been a better time to invest in luxury handbags.

“Whilst high streets are struggling and sales of non-essential items plummeted during the pandemic, re-sale and auction sites selling luxury and vintage handbags, particularly Hermes, Chanel and Louis Vuitton are thriving because they are considered a safer investment than stocks and shares.”

The value of the handbag market is increasing at an even faster rate than many other assets, so you can feel confident you could make your money back and then some if you choose to re-sell your handbag later down the line.

“When you consider that a 5% yield is deemed well above average for property investors in the UK, investment grade handbags really are topping the bill right now.

“To put it into further context, the FTSE and gold, which were until now regarded as a safe haven for wealth, both increased by 39% in the last decade, whilst Birkin bags grew in value by 108% within the same period and 500% in the last 35 years.

“Because of their often-appreciating value, luxury handbags are one of the most sought-after items to buy and sell on the preowned market.

“Since we opened the doors to our King’s Road store in 2015, we’ve seen a dramatic shift in the marketplace with cult and vintage preloved handbags fetching higher prices than ever. They are
seen as collector’s items and, in the face of economic uncertainty, a sound investment that can be
passed down through generations.”

READ MORE: 5 Ways to Care For, Clean and Restore Your Designer Handbags

Which designer brands should I invest in?

Some brands are far more sought after than others, making their handbags a better investment to make long-term.

Charlotte says, “Handbag’s ‘holy trinity’ dubbed the ‘big three’ include Chanel, Hermes and Louis Vuitton – these investment grade handbags topped the bill in the last year as the number one appreciating asset.

“Savvy handbag collectors and investors like to snap up the most coveted styles before the Fashion
Houses hike up their prices March, knowing that it will increase in value post purchase.

“Given Chanel recently announced it will ration sales on its most popular styles, we anticipate record demand forthese styles this year and that will greatly increase their value on the preowned market. In the next couple of months, we could be looking at close to £6,000 for a Chanel Classic which would have cost £3,500 when I began doing this many years ago.

“Needless to say, if you have one of these cult classic styles languishing in your attic – there has never
been a better time to cash it in.”

A recent study has revealed that many fashion houses are linked to the deforestation of the Amazon rainforest. Among the designer brands named were Prada, Fendi, Louis Vuitton, and Ralph Lauren.

You can learn more about the brands that have been linked to Amazon deforestation, what it means and what we can do here.

Meanwhile a TikTok exposé has revealed that Coach destroys bags it deems ‘unsaleable,’ rather than reducing the prices or selling them on (the brand has since said that it will no longer continue this practice). Burberry was called out for the same reason a few years previously.

READ MORE: These Bags Were Everywhere at Fashion Week

Why shouldn’t I buy a designer bag?

With all things considered, it will boil down to personal reasons. People have different motivations for buying luxury handbags.

A study conducted by LG shows that aside from the quality of the products, 46% of people who buy luxury items do so because they feel ‘superior’ by doing so. Among the respondents, 47% said that the act of buying luxury goods is better than going on a holiday or trip.

Perhaps you just want one — that’s valid! It’s best to purchase one based on personal motivations, not feeling that you need one because everyone has one or you think you should already own one because you’ve reached a certain age.

At Wear Next, we encourage everyone to stay true to their personal style and style choices. If you deem a designer handbag a good addition to your wardrobe and you can afford it, then by all means grab one – but don’t put yourself through financial hardship to do so.

There are plenty of high street bags that look identical to designers, including Balenciaga’s Le Cagole and Prada’s Re-Edition nylon bag, that could scratch that itch at a more affordable price.

The best designer handbags to invest in now

If you really want to make a sound investment, Charlotte advises buying one of these handbags above all others.

Not only do they look great, but your decision to invest could prove to be incredibly smart later down the line.

“First introduced in 1955 by Coco Chanel herself, this was the first bag of its kind to come with a
shoulder strap for women suggesting freedom and practicality,” she says.

“It’s only ever been tweaked in terms of its design which is why it holds its value so well – demand has never faltered and the longevity of the style is reflected in its resale value.”

Looking for a roomier handbag? Look no further than Chanel’s Grand Shopping Tote.

“This is one of the roomiest and most coveted styles in Chanel’s handbag history and is one of the
most in-demand styles on the preowned market since it was discontinued in late 2014,” Charlotte says.

If you’ve got a lot of money to invest, a Hermes is a good way to go. Not only are they the ultimate status symbol, but they’re known to increase in value.

Charlotte explains, “These are some of the most expensive bags in the world, with a resale value of anywhere between £5,000 to £300,000.

Louis Vuitton is another luxury label Charlotte advises investing in – but these come in at a much more affordable price than Hermes and Chanel.

She says, “Similar to Chanel, Louis Vuitton also increase the price of their most coveted bags annually and this has a knock-on effect for the resale market.

“The LV Pochette is the latest style to soar in popularity. Because of its vintage 90’s feel and also
because it was so frequently sold out during COVID.”

If you have a slightly smaller budget, opt for the LV Speedy.

“It was made in 1930 and is still extremely popular today, no doubt fuelled by the fact it is a luxury product but still with an accessible price point,” Charlotte adds. “This style fetches between £575 and £645 on the preowned market for a ‘30’ (excluding the Bandoulerie).” 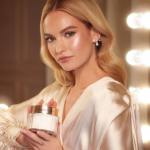 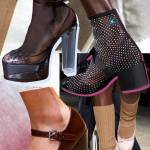 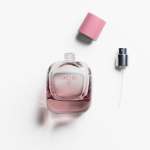 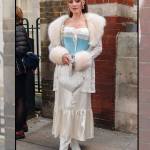 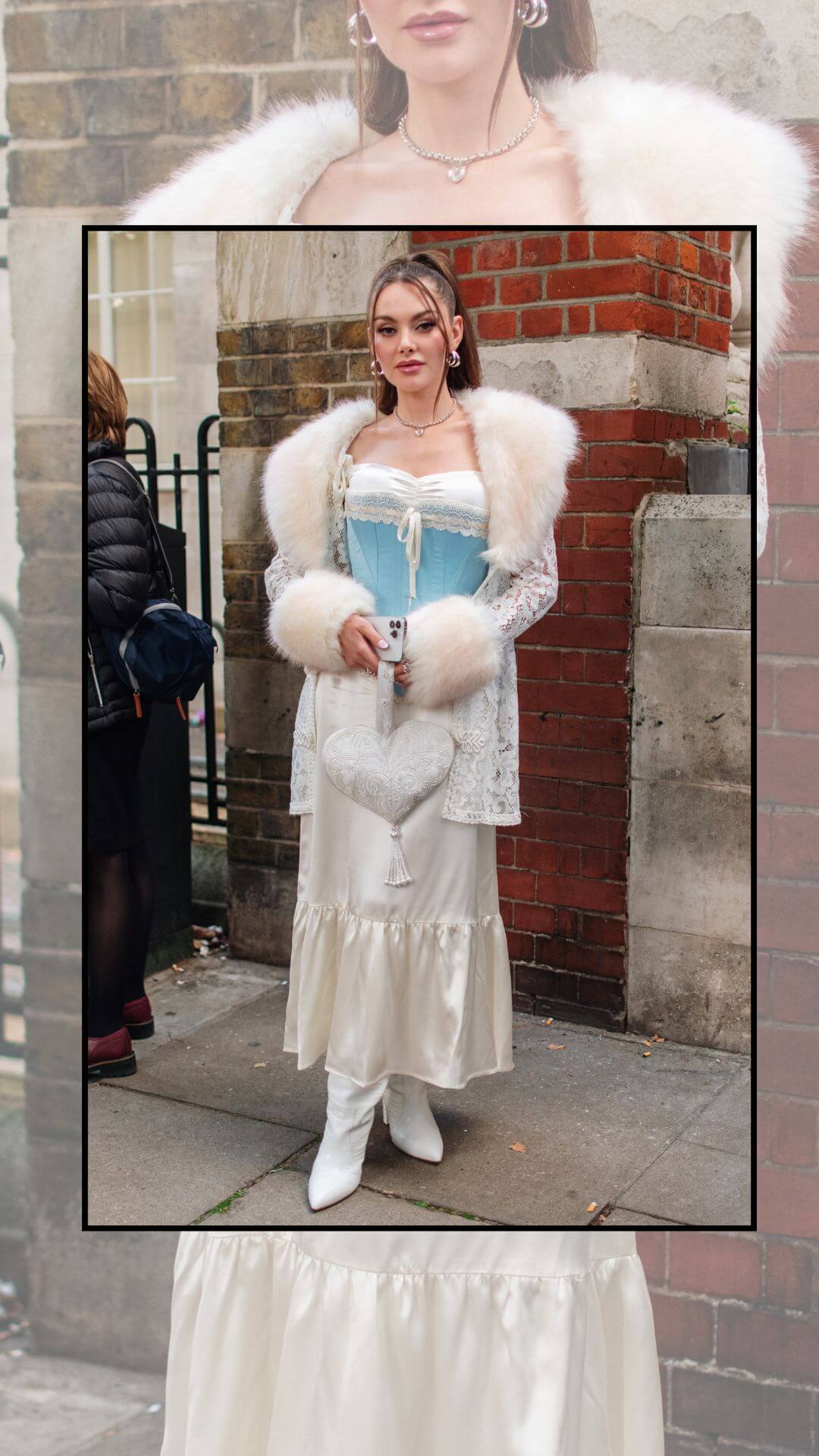